Donald Trump was inaugurated on 20th January 2017 as the 45th President of the United States of America. While the world awaits the affect of his election on the global economy, American business and industry leaders are hopeful given the pro-growth rhetoric of the Trump administration. Speculation was rampant at the 2017 NADA/ATD expo about how the Trump administration will impact U.S. car and truck dealers.

What does Donald Trump in the White House mean for the Auto Industry?

Although it is still quite early in his tenure, President Trump’s promises seem to suggest the best of times for the industry as a whole and for the protection of American jobs. His intention, however, to renegotiate the North American Free Trade Agreement (NAFTA), has generated concern in the automobile industry about potentially increasing costs of doing business. The renegotiation of NAFTA has the potential to encourage US manufacturing and add more jobs on this side of the border. Some believe that parts manufacturing, which is labor intensive, benefits from Mexican production with its cheaper labor. Conversely, renegotiation of the treaty could leave OEM manufacturers with some less palatable alternatives such as:

Nevertheless, Trump’s business acumen and pro-growth approach does seem to auger well for the industry at large. Experts remain generally optimistic about the positive effects of corporate tax reform and reduced regulation. According to Steven Szakaly, Chief Economist of the National Automobile Dealers Association, there is great potential. He says, “Over the medium and longer terms, Trump’s stated or understood policy objectives will produce significant positive tailwinds, particularly as they direct us to lower corporate taxes, increased infrastructure spending, and reduced regulation across all aspects of business. The negatives are, of course, an assault on free trade and immigration” (McGavin, 2016).

Johan de Nysschen, Cadillac President says, “It’s important to note that we produce for the global stage, not only for North America. We’re able to divert a lot of Mexican production to serve other global markets that require our vehicles. I think that we will be able to accommodate whatever new developments lie in store” (McGavin, 2016).

What do dealers expect (survey results)?

At the Gillrie Institute, we set out to survey a cross section of dealers and assess their opinions about the “Trump Effect” on their businesses. Our invitation to participate was extended to Car and Truck dealers across the country. Over two hundred respondents told us what they’re expecting from President Trump and his administration.

The survey participants represented a diverse mix of owners, senior & middle management as well as other dealer personnel as shown in the table below.

What expectations should we have as the President’s policies unfold?

The Union Auto Worker (UAW) jobs might reverse the downward trend it has experienced in recent years. General Motors, Ford, and Fiat Chrysler Automobiles have to expand domestic capacity because it’s more difficult to establish manufacturing in Mexico, the jobs they create will be UAW jobs. Those jobs are more likely to grow in the upper Midwest because Ford, GM and FCA need to build a lot of trucks and SUVs (DeBord, 2016).

Trump Administration is also expected to ease regulatory burdens, invest heavily in infrastructure and lower both corporate & personal income tax burdens. This could further boost the outlook for OEMs and dealers by increasing the bottom line for companies and boosting spending power of consumers.

The growth of electric cars in the U.S. market may be somewhat attenuated if environmental concerns take a back seat to economics. Because alternative vehicles are more expensive than those that are gas-powered, electric cars will need continuing state and federal government incentives to make their sticker price more appealing (DeBord, 2016). Given President Trump’s expressed distrust in assertions of global warming, we can expect him to be less supportive of these subsidies.

While some in the industry may stand to lose, there is a significant upside to the policies of the new administration as well. President Trump’s pro-business approach could very well prove to be the impetus for a fundamental change in the way companies operate today and lead to the overall industry transformation.

So hold your breath and hang on for what may be a wild ride! 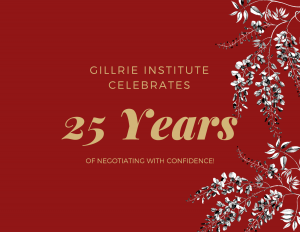 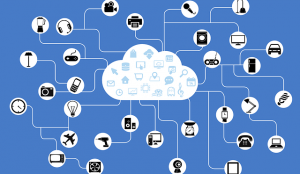